This is not one of my mystery articles today although it is never that less mind blowing stuff to wake us all up.

The writer of a classic tale died aged 91 almost in 1972. Her name at birth ,Margaret Mary Julie (Daisy) Ashford. Born in 1881 in the English town of Petersham in Surrey UK. Elm Cottage was a grand house set in its own large gardens.Her father a War Office Official civil servant who had his family of wife and six siblings. Daisy, as all called her at home was the youngest. aged four she asked her father to write down her story and loving sort he was he did this. It was her first attempt at crafting a story. From then on determined to learn writing she at age only nine wrote her first book. A novella called the Young Visiters. Not Visitors  as her spelling at that age was horrid.  For nearly 27 years her stories lay in school books in her mothers chest of drawers. At age 36 finding then she displayed her book to friends. One of them took it to another friend who knew a publisher called Chatto and Windus in London. The result was stunning as many read it on school book pages in long hand of a child. They could not put it down but read it many times. They came to an agreement with Daisy Ashford who now produced her other works. They insisted on keeping it as she wrote it changing nothing, not even the many spelling mistakes a child of 9 can make.

It was 1919 and her book was a sensation across the world.It has never been out of print since. Made into a movie in Daisy Ashfords own life time and made her very rich indeed.

On the profits of her book she bought a farm in Norfolk .She married James Devlin. Peter Pan writer J.M. Barrie penned a note in the published work for Daisy as he used same publishers and read the book before publishing. He was over whelmed with its look at gentle society in the 19th century all in a childs hand writing.

For some years after that many believed Barrie had written it in a pen name. Daisy complained and proved she had written it by the hand writing she used. Her sister also told of the book being written when Daisy first learned to write.

She ranks to a child prodigy such as we find in Elizabeth Barrett Browning who worked poems so well aged 4. Went on to craft books too. Then married Robert Browning the poet.

Daisy had worked as a secretary in London and gave in to farm happily ever after. She said “I like fresh air and royalty cheques. ” It has never been out of print and remains an endearing read even today. It is an insight into a world long gone, changed by war and never to return to our modern ways, that miss so much of innocence. 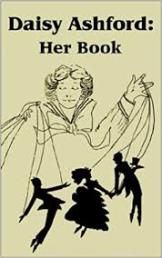 A good book is the precious life blood of a master spirit.   John Milton

No mystery as Barrie told he had nothing to do with the book,but wished he had. It was Daisy who wrote it and without doubt she did write it. What goes on in a child of nines mind is amazing but one one in millions will pick up a pen to write a book. Barret Browning and Daisy Ashford are unique.

Yours Sir Kevin and thank you all.