We come to the story by way of Helen Royston the real lady witch. Her father called Valiant for Truth Royston, a name made for the fight against Crown injustices, was badly injured fighting as a Puritan against the King at the battle of Naseby .Although the Kings army under Prince Rupert was annihilated by the Cromwell led puritan army Royston was not so lucky and was to returned home an unknown injured hero.

Roystons fighting days over he retired to a cottage near Cromwells birthplace in Huntington. Here he chose a wife and settled down. His chosen  was a good looking lass and she agreed to marry her man. A child born in 1650 they named Helen but in 1653 the mother died leaving her ill husband and their toddler daughter to get on with life. Royston seems to have come into money around this time and later started delving into science with the philosophers stone looking for that Elixir of Life. Alchemy  it was called he now practiced as the truth of Kings he had dismissed as lies this new truth of Alchemist ways he sought freedom of another sort.

Sir Richard Morris. Later in time as no photo of any before him exists. this is Victorian Sir Richard of that same bloodline.

Family bloodline named him the same but in Victorian times this man lived.  As no existing portrait of the man, I include his descendant for your interest.

Alchemy was like a drug it entered the blood such as gambling has that same effect.  However it was young Helen who took over as her father slept until at length he died and so Helen around 17 was rich. She too fell under the spell of Alchemy and her fame spread far and wide in healing medicines and such as those who suffered required that may have found some soothing benefits in the ointments Helen made. After John Roystons death Helen became famous as an early chemist but then all that mystified was witchcraft. One day a pestilence fell on a farmers stock and Helen was called  for. Her efforts saved many of his horses but it now ran into others farms. She worked hard curing those that could be saved until at length a Witch Finder named Stubbs heard of Helens magic and came to call her a witch.. Outside her cottage a crowd gathered and Stubb lead the shouting and accusations flew. Helens Mastiff dog was called the devil and was cut down dead before her feet. Bound and dragged to the local pond to be ducked. Then before this assembled crowd reached the pond side up came the son of the local squire with his hunting party. Even though Stubbs proclaimed her a witch and fought to hold her this educated man rescued Helen and galloped away with her. Stubbs shouted that a man who took a witch away from a witch finder would die within a year passing. It was the usual curse from such as self appointed evil men who profited from sticking pins in women and proclaiming them witches to be burned.

The squires son died of a malady a year later exactly. Helen had been sent for to remove the spell from the Squire Sir Richards son. it was too late and he passed away in his bed. Helen was now blamed for every mishap as a witch.  She was arrested by Sir Richards deer keeper and taken to be hanged . Off he went with Helen to jail her in the village stocks. Sir Richard rode down to see justice done. When out of a thicket the deer keeper was seen to appear dazed. The vast crowd gathered around heard him say. “She will not be a trouble to you now Sir Richard she is to be married to your younger son.”

Helen Royston became a lady and did marry the Squires youngest son. Nothing could now be done to harm her but the legend of the lady witch lived on to the end of her days.

The truth of history for so many other poor victims of none educated men who set themselves up as witch finders did not fare so well as Helen Royston nor as lucky being pretty enough to marry high. For the real Matthew Hopkins who called himself Witch finder General made so many hundred women suffer under his cruelty and vigor in proving such women to be the Devils mark upon them  and  so a witch. 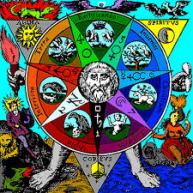 .England and later in time America also had many who fell to belief that witches existed.How it worked was some older lady had a black cat as mouse catcher in her care. If someone fell out with her all could then pile in from the pub to call her a witch and drown the poor woman in the village pond. If you sank you died but would be found innocent if you floated you became guilty and would be burned at the stake bound hand and foot in the flames. The long flowing dresses worn by all classes those days may have kept afloat many as air in the dress as it billowed up like a sail in the driving winds held the woman above the waters. Anyway you died as soon as some fool or enemy called your wife or daughter a witch. Aided by evil in the form of witch finders women had a bad time those days. Men too could be called warlocks and suffer a test by fire made possible by the intervention of the church. It was as barbaric as the thing with  witch finding. The cruelty was rife those days it was bred into many from ancient belief and superstition. 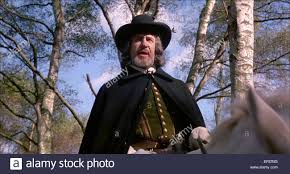 From the 1968 film Witch Finder General. Matthew Hopkins as he may have looked,portrayed  actor Vincent Price. 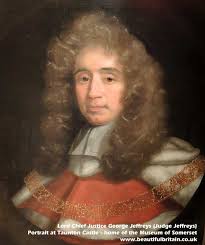 The last named witch to burn to death as punishment in England was in the days of hanging Judge George Jeffreys  and the bloody assizes. her name was Elizabeth Gaunt of Brownber hall Cumbria UK. She was imprisoned for helping a man who had taken part in the famous Rye House Plot .He then turned Kings witness to save his own skin and so pointed the finger at his kind heart rescuer. The only charge they could summon up was witchcraft and so Elizabeth climbed upon the wood piles and was strapped firmly to the stake at Tyburn, London in front of a large crowd of public viewers and so burned to death as a witch for doing nothing but a kind deed for a coward. The Rye House Plot was all about removing the King in rebellion. Discovered by Royal spies all involved ran for their lives. All caught in short time and punished. Elizabeth Gaunt has a window paid for by those who would not accept the story made up of witchcraft. It remains in the Ravenstonedale church wall depicting young Elizabeth Gaunt in stained glass.

I must add I found Sir Richard in this factual story as Sir Richard Morris an educated university man who had no belief in witchcraft so that may be why Helen was allowed to marry Morris youngest son as he did not believe the local press his elder son had died by her hand. I cannot find portraits of either Helen or her noble husband.Included only a portrait of one of the later family. It was a fit end to this article do not you think?

My thanks for your readership. Yours, Sir Kevin.