At midnight on 30th June 1860 a 3 year old boy was found dead and  dropped down an outside toilet spoil pit as if to say that was all he was. It was a case that really upset Victorian England to the very core. Newspapers and speeches in Parliament echoed the news through a whole year of stories connected. It was a mystery within a mystery yet not to Mister Whicher.

Road Hill House at that time of case.

Road Hill house in the county of Kent became the first case of murder ever investigated by a new breed of policeman. A detective purely involved in scientific fact and logic. This man was Jack Whicher who really was the start of all detective stories ever told.

When this new department was set up no one ever gave it a thought Whicher was all that existed as the new sort of law man. He was given the case to look at his way and report back. Really he was on his own in history making as none believed in scientific nonsense and fingerprints. A new wave of thinking had come but too soon to be noticed as useful to the police or even to the public.  Whitcher was on his own and times against him but still he got it right and laughed at. He was a simple sort of chap with a great skill he could look at the facts as a jig saw puzzle and fit it all together in his head. A thinking copper was not what the rest of the force seemed to think was useful to a case file. Clues then went by the board and feet walked all over a murder site and destroyed all clues .It was Whicher who knew this well if the rest did not. He was so far ahead of his times that even Sherlock Holmes was based on him. Doyle may have had a lecturer who had insight but Doyle had read all about this case as a medical student.  Then Edgar Allen Poe wrote about his idea of Whicher in a novel and created the worlds first fictional detective named Auguste Dupin,  before Doyle, had his idea of a pair called Sherlock and Watson. If you read up on this you will find Sherlock was called Miley and Watson had not come to mind when Sir Arthur did first put pen to paper. If Whicher had not ventured forth no detective would ever have come to our notice as we know them now.

I recall being read to as a small boy .Auguste Dupin was amazing stuff and eager did I progress onto Sherlock Holmes as another hero of my early days on earth. I was about 6 I think my first book entitled Black Beauty then Children of the New Forest by Marryat I have mentioned before in pirate review. I soon took on Doyle with Holmes and Watson and loved every page I read.  I came across Whitcher through an American lady living in South Wales who told me I had an intelligent face and recommended this book Suspicions of Mr Whitcher as a good read. She must have read me as a book as I bought it same day. Read it six times in four years and researched the subject after wards. I hand this to you with great pleasure as worth reading 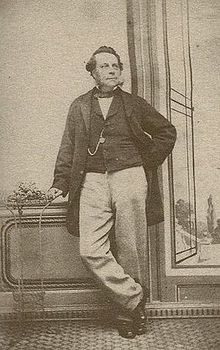 The train arrived with Whicher ready to walk that way from the rail station up to Road Hill House.A big imposing gentlemans country house  residence came into view with its plaque announcing the name boldly unto him. The owner, a well to do Government factory Inspector  who had remarried and the dead child, his boy from the new relationship. Samuel Kent snr. had  issue from his first wife. There being two older children from his last attempt at family life in the house. His wife then the heiress of wealth. Now married again to money One William and his sister Constance Kent. They about 16 the girl and bit younger her brother at time of the murder case.

After announcing him self to the parents the detective searched the grounds then entered the house via the kitchens door.  He interviewed the family then the servants and after this went out to inspect the outside toilet cess pit for evidence. It took him just a few hours to name the killer or killers as he believed the two other children had murdered the fathers favourite new son. Jealousy he named as the motive and so pointed the finger at the young girl and her brother as guilty.

The father would hear none of this and reported Whicher to the Police Federation. Back in Scotland Yard London Whicher was asked to write a full report of his findings. In this he explained the house had been well secured and locked. No evidence was seen to explain how any could have broken in as the only smashed window had glass outside on the path not inside as would have been the case. There fore it was an inside of house murder. The hatred for the dumping of their mother and the child who made both children second placed gave the full evidence as the work of both children as one alone could not have lowered that dead child down the deep toilet pit without help.

He was mocked and scolded and ultimately sacked from his job with lost pension owing to the Mister Kents contacts in high places Whicher was without income and laughed at. However he now became the first ever private eye. His own business and did well at it.

Quickly now our  story moves on. The young girl and her brother now older adult living in Australia free as birds. Her brother became the famous William Saville Kent photographer of wild life and birds. Director of fisheries and author of books. Constance Kent his sister eventually owned up to the murder of her dead half brother. She informed the police that she had some 30 years before killed him alone and then piled him down the outside toilet pit.  In this she saved her brother Williams career and sentence. Her final entered into Londons Holloway jail for women to serve her lengthy sentence. Whicher may have been wrong on the Brother helping as the girl at 16 could have carried a 3 year olds body. He may have based this on help as both children hated the affection given to the child and not to them.

Aged Constance Kent who murdered her half brother and in time may have repented. In her face one can still see the horror of her crime. 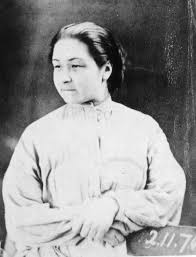 She left for England leaving her hospital for lepers to her best workers and set off for jail at Milford England. Here she did her sentence saying nothing else .She was moved to many jails . On record Jack Whicher was still alive as an old man who must have read this news with pride and thanks that he had proved all wrong. Justice had been done. He was not reinstated nor granted his legal pension from police even so. I have found that Constance Kent faced execution for her crime. If Queen Victoria had not stopped the hanging taking place nothing would have saved her. She served life and was released on good behavior after years of being shifted around prisons.

William Saville Kent, brother protected by his sister Constance Kent according to Jack Whicher. I think he was right as he was famous by his own way through life and sister did not wish to destroy him. She took full blame ,eventually through guilt and possibly finding God in her life. How much this brother was responsible is doubtful he may only have known and held doors open.

Constance made an ideal prisoner making ceramic tiles that adorn the centre isle in London Saint Pauls Cathedral .in the design included is a small cherub of a fat faced boy with wings each side of head.

One amazing historic case worth reading up. Elizabeth Jenkins who wrote Princes in the Tower so well also wrote of Whicher case. So too at that time wrote Charles Dickons about this and many have made a good account in his book called Bleak House, based on this singular case,but the best account is with Kate Summerscale and her book, “The Suspicions of Mr. whicher.” It kept me awake all one night reading the pages that I could not place that account down until the conclusion. To think we have to thank Jack Whitcher for every detective story we read or any Private Eye film we watch as he was the worlds first who none would believe was right and he forged ahead to not only start the first detective business in the world but be proved correct in all he did and in his own life span. An amazing man who knew the truth before any one else.

Thank you all for your time in reading my article and God be ever with us all. Multum et Parvo