Well! yes doubt was always in my mind as how a boy with no education never attended any school on record in his own town of Stratford upon the Avon river in deepest Midland England. We know he was a trouble maker recorded as one with two other boys stealing from the local big wigs garden soft fruits. He was at best a butchers boy but even doubt full he was part of that family. He ran to London with nothing and started out cleaning out stables for an in inn nearby the  Swan theater. After that no record of what this boy did. I will not speculate as how he arrived as actor but we can guess. 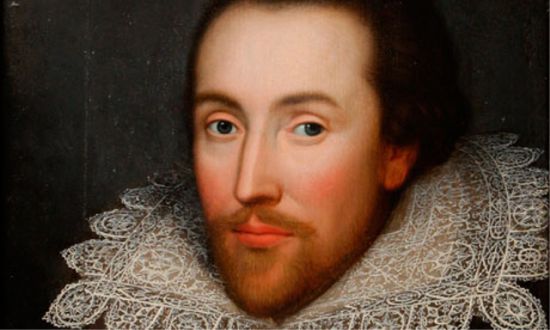 Shakespeare painted from simple sketch centuries later. i believe this is of the younger son of Southampton but again confusion lurks even over this portrait of Shakespeare.

A group of novice actors made good and good enough to go before the Queen to perform a best play given to them by a patron called Earl of Southampton . The actors chose the name the Kings Men for future performances of their trade.

We move on to Southampton  who as a noble was friendly and part related to Edward De Vere who as the Earl of Oxford had connections to the throne. Indeed he had as a youth carried part of the canopy over Elizabeth as new Queen of England at her coronation. He now at 20 was a dashing blade and the Queens ambassador to Italy.

In fact in Oxfords short carrier he was ambassador to England in six European countries. All of them mentioned in the plays.  The story legend of Romeo and Juliet under more Italian names goes far back to 12th century in story form. Oxford was present In Verona as guest to a rich Merchant who wanted trade with London. Carlo Persitino we know him as. This play unfolded it was Oxfords wish to write it up later as a play for his cousins Kings men to perform. It was Oxford who changed the end to tragic death when he came up with the title we all know as Romeo and Juliet.

Back home in London the Earl of Southhampton presented his men as patron the un named play to perform. As no woman was allowed on stage back then only men acted as women but never the less that play was an instant victory for the Kings Mens .

People started to ask who wrote the plays performed on after the other as hits for the pubic pleasure. Southampton could hardly say his cousin Oxford was the author. Then it was not done as a noble to be involved with actors or write books or play for the common people. In fact if caught a few years in the tower might stop you writing anything. It was seen as a base profession by all. 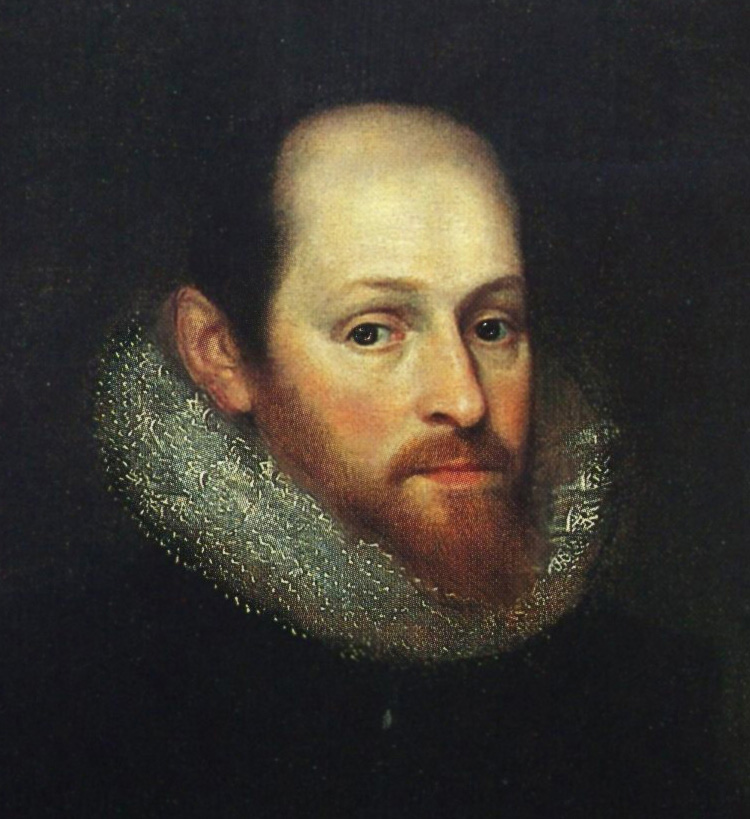 In the places visited by Oxford in his duties the castle of Elsinor in Demark he was lodged and wrote that play Hamlet on hearing on the blood feud of long ago between a fathers brother and his Princely nephew.

The only play we know he most truly penned as proof showed it caused a scene. It was later the play performed on the London stage in the name of William Shakespeare.

What happened ,well! Edward De Vere Earl of Oxford died young. I believe the Kings Men had been informed by their patron the Earl of Southampton of the fact someone must take credit for the plays and sonnets in Southamptons  keeping. Did Oxfords goods after death go to his family and so his cousin had the plays out of fear by Oxfords own family that reprisals may follow then after the funeral? Both Earls had lived as boys with Elizabeth I own minister Cecil as orphan both of them after each fathers death. 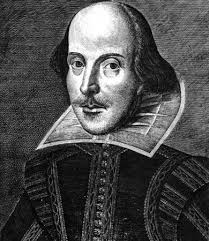 Shakespeare from the time he lived or just after it. Or is it???

The company of actors may have seen high tax demands so gave the lowest man the job of being  a play write. 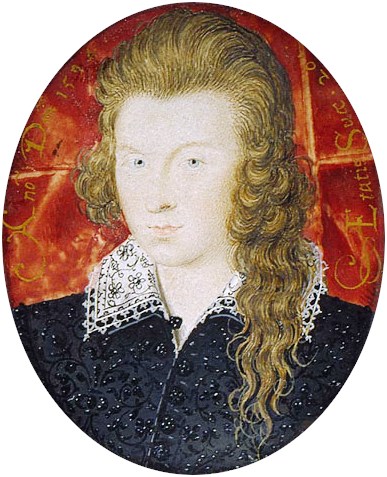 Henry Wriothesley pronounced Risly ,3rd Earl of Southampton born 6th October 1573 died in Netherlands 10th November 1624. Buried with his sons in Essex England. it was he who was patron to the arts.

If  this is what happened and I do think it did then it explains all.

If today ,this day, look at the only signature of William Shakespeare known to us one can see it is not the hand of  an educated man but a flow and stop scrawl. Almost like a childs attempt at cursive writing. 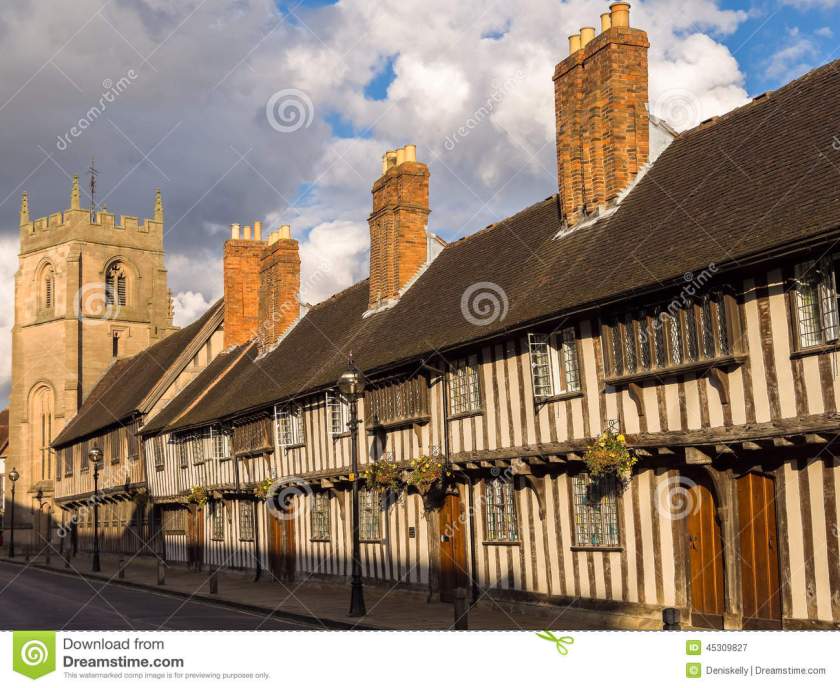 Stratford upon Avon today 2018. so many of these 600 hundred year old homes have survived war and strife and stand as proud in many towns and villages all over the country. England was a garden in my youth.

If Southampton handled the office side for his Kings men it again will explain how Shakespeare went home to buy a farm as a rich man. If he had have been that cleaver he would have bought a nobles estate but then was it his patron who advised so he had income after leaving the actors group.

An actor I really like called Derek Jacoby suggested this on radio interview many years ago and I felt honored he mentioned it. It was my school hood  dream to prove this case then on he came to re enforce my dream as truth. it always astounded me that a man who had never left England could have described the Castle of Elsinor interior without ever leaving his seat.. Then I started digging into records my love of it taking over my head until I found it. De Vere was in all places that the plays are set. It is beyond any doubt that De Vere wrote them all. He was know for the sonnets he wrote even in his youth.Sadly none of these remain. After his early death those plays found a way into an actors hands. I leave you to think this out . May be you believe Will Shakeshaft ( Shakespeare did write the plays? I am certain he did not. Today the group whom I support all think its right that Oxford wrote all of what is listed as Shakespeare.

Thank you for being with me on this search.The findings may alter history but the truth must come out eventually as some as of me do see my point.  May be I am not the first to come to this decision may not be the last but when aged 12 I saw it as so not one historian would admit I was right. Times have changed and before long all the world will know Will Shakespeare that boy from Stratford who went back to Stratford to farm and die was a lucky man indeed. May all glories now be seen as Edward de Vere who wrote every word of every play and sonnet and gave them all away to providence and another mans name. Maybe why no one wish to paint his portrait then. For what we have in large folder none of then are of the same man. The one genuine painting be believe was done in life is the black and white sketch like painting in the mid section of this article. Then even that may not be so .No one can agree as to who Shakespeare even was. Many say that De Vere was broke and sold the plays to his own company of players that included Shakespeare. I have even been told that De Vere was a cruel man but no place have I found him so to be. I think he died aged 54 so he was alive when the big plays went on stage. Then how could he have said anything as the plays are so political with facts of events even then if we include such as the Tempest. This play was all about a know Government ship wreck that took place less than 5 years before this play came to focus on the London stages. Richard the third was a pack of lies just to please the then Queen Bess who was the granddaughter of the victor of Bosworth King Henry Tudor. Some of the plays really hit the bone with a sledge hammer. it was a risky business performing plays that were so pointed at certain know figures. De Vere would have been jailed later by King James 1 As in truth he had sat on the committee and voted for the execution of King James mother Mary Queen of Scots.

If crucked legged Jim  had know this and the fact that this was also the man who had penned MacBeth De vere would not have survived the meeting.  De Vere was happy it seems that Shakespeare ruled the stage. We know that De Vere wrote sonnets but none survive to say more. Lots of young university graduates such as De Vere and Southampton had indeed written poems and sonnets but as long as no books or plays no one bothered to buy them Unless of course published.

This is how both nobles who had lived with Lord Burley as children owing to the death of families came to love the arts. Burley of course was Cecil the wisdom behind the throne as Elizabeths chief minister. If those who say Shakespeare wrote his own plays on that plays new performed after De Veres death. Then how many did Oxford give his actors. To me if he gave all of his works then he may be dead plays of Oxfords could have gone on for many performances after. it is interesting that Shakespeare vanished back to Stratford on Avon not long after De Vere died ir seems but hard it is to locate his departure from the stage. Only that he appears  as farmer in the census two years as a profitable Gentleman farmer in Stratford area. One must say to make profit on farming is a life times job so how long was he there before he was caused to be counted? If that came be established we can see just how long he survived after the Earls demise.

One thought on “Who wrote Shakespeare?”