Long ago this great Minoan city and palace of King Minos existed as a victorious and celebrated nation of Crete. Being an island off the main land of Greece it won victorious battles against Greece and legend has it that the half man half bull monster who lived in the centre of a vast set of tunnels under the city called the Labyrinth was the Minotaur.

Firstly we talk about what this legend tells us. That war won by King Minos against King Aegeus of Athens is the focus point as to why we know anything of Knossos at all. It forms the way Greek myths would grow into legends we talk of today. Name we still mention and stories loved by all who read them.

Minos demanded each year 14 youths of equal number of young men and women to be sent by ship to feed the monster that was said to be a deformed son of this King. Half bull with the legs of a man who had the brain of a human and the utter strength of a bull.

Not happy with this transaction it is said that the only son of King Aegeus Prince Theseus demanded to go with the unfortunate few to Crete and so by doing slaughter the Minotaur and finish connection with Crete for good. His father told he would wait and if the black sails turned to white on his return a great feast would be made for he would then know long before the ship docked his son was alive and victorious.

Aided by Minos own daughter the kind heart lovely Ariadne, Theseus finally manages to cut the monsters head off  and the death throw of this mighty beast brought down the mountain on the city and its Royal palace and finally finish the Minoan civilization

On Theseus return he forgot to change the sails and his  father the King fearing the worse jumped over the cliff onto the rocks below and killed himself in grief.

We now jump the many centuries up to the discovery of Knossos Palace.

For thousands of years nothing remained in Crete of this great city. Under mountains of earth and rock Sir Arthur Evans from Hertfordshire England and Oxford University archeology department set his goal to clear up a mystery. It was an effort that took years from 1900 after the discovery that it might be Knossos by Minos Kalokaines in 1878.  Evens finally gave us back a lost world and the palace in 1900s.Without his devotion and Determined  manner one can say no more of this wonderful place would ever have come to light

In 1700 BC this city was covered totally with what may record a land slide brought about by earth quake  or was it attack as in the legend? Well! Evans found the Labyrinth system and may be even signs that a monster bull lived in the tunnels. If it was a mighty bull the story would grow to make this creature more than just a monster as its a Greek way to tell a good story about Gods and hero and mighty monsters.

Many such as this legend are  based on fact. The Minotaur did exist in the tunnels below this palace. what this monster was is not clear but we say a mighty bull is more than guesswork. .Or even mis shaped lion.

In 1971 I was lucky to go and see this marvel of restoration by Sir Arthur Evans who lived from 1851 -1941. I walked from inside a wonderful bath room into the Labyrinth entrance but only a short tunnel was dug back out. One could feel the bull run as real even in a tunnel about 120 feet long. I have been told that now all that system is open for inspection at this site in Crete. A place to be proud of as the Minoan capital. it has one of the oldest histories in Europe and more than one story. If you recall this King Minos had a problem with gold, another good story. 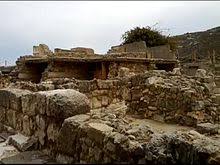 Sir Arthur Evans who paid for the dig himself on a hunch he had found the Minoan palace. Not fully trained he had written many articles on Minoan text. He was knighted for his life long devotion to find the city and palace.  Against all odds he kept on digging in that true English way that gives us worlds of hope. 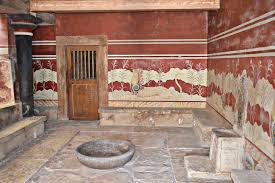 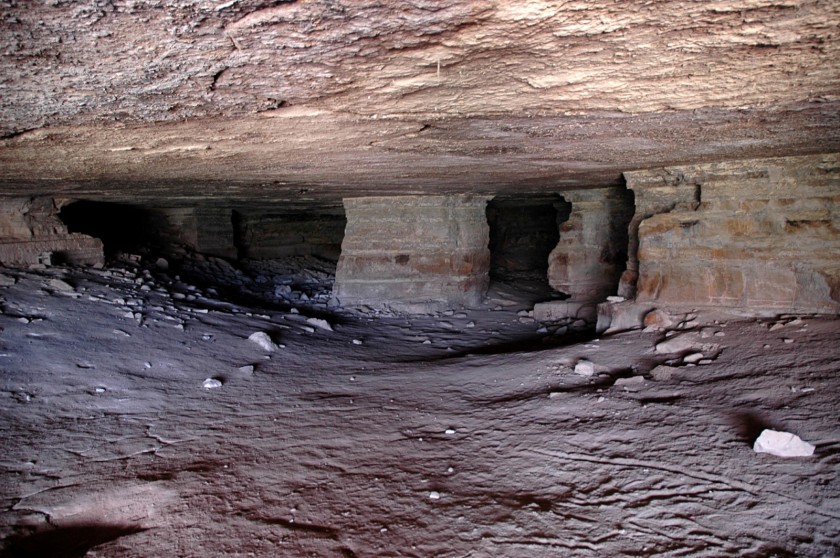 The inner most part of the Labyrinth and cave where the monster bull lived.

My hope is to return and see the expanded renovations and the Labyrinth as it was. A great story and now proof that in fact much of this tale holds fact. So less of a mystery more a shrine to mans story His story, HISTORY it is.

i hope one day you too see Greece as a nation of history makers and not the slide into poverty we see today.

Yours with love Sir Kevin.