What we were told at school about Rome and its invaders may be quite wrong in parts. In fact it was Rome, which had copied Athens and Carthage as first organized civilizations, that brought about its own demise.  We now look at both Generals who came to destroy Rome as individual leaders.

Hannibal Barca was a 65 year old army General employed by his city leaders to protected this most wonderful city in Carthage. When Rome brought that nation in to its Empire it came bearing gifts as it had done in Britain. Prove you are a generous visitor and walk right in without a fight . It saved all the mess of war. At first being a part of the Roman world gave them citizenship and more it gave them a far far larger trading area. Then Rome raised taxes and little Carthage found out too late what greed existed as a price too high to pay. Of course lots of to and fro but in a nuts shell we have it.

Eventually it became a threat and in went Hannibal Barca from Tunis and with a massed army of some 16000 men and 5000 cavalry with 68 African Elephants and riders set off across land over the Alps on to Italian soil.It was the most daring act in history By now he had lost more than half his elephants and supplies over cliffs and crevices but he attacked cities leading to Rome but failed to reach that city limits.

Skipio the Roman leader welcomed change and  in one small way almost supported Hannibals attempt. The Government did not . Eventually after winning all he came to he faced the Roman army head on. In no shape now to advance he withdrew. Skipio had won the first Punic wars against Carthage and had burned their whole naval fleet. When attempting the impossible attack on Rome on a 1500 mile march over the Alps was a  master stroke that Rome could never have expected. It was the best planned march over terrible routes ever planed and executed by any war leader in history

He had come withing a mile of taking Rome as most legions had not returned to help. What was left looked and acted fearsome and fresh to a war torn enemy. Romes reputation protected her.  Hannibal was stuck with casualties and captured Romans. His men had no more left to go that extra mile and so the most successful attack ever yet on Roman power was lost in the blink of an eye. 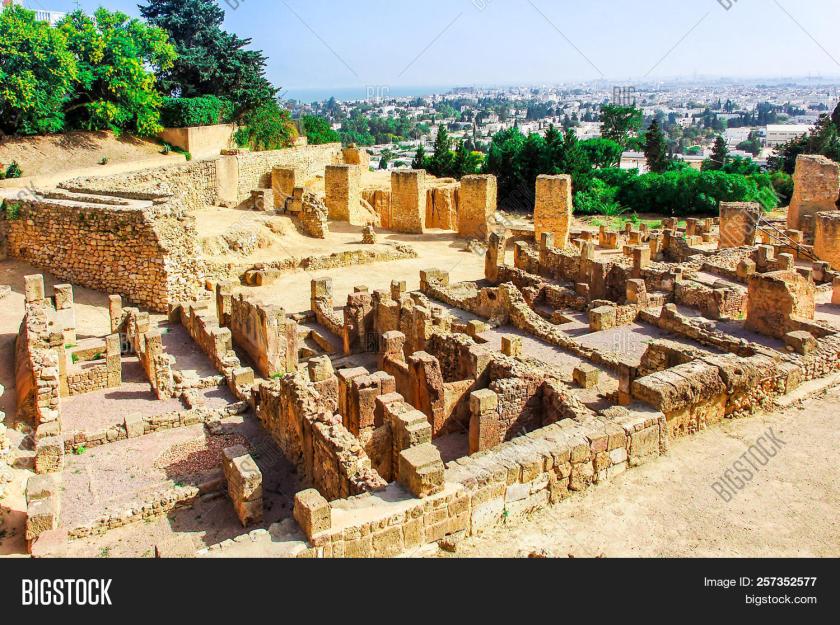 Ruins of Carthage as seen in 1980s

Hannibal knew what was to follow in revenge as he raced back to Carthage to defend. Rome sent in her forces leaving not a stone upon another stone and a fine city was raised to the ground, its people made slaves or killed.

Hannibal took poison from the ring on his finger that was cased ready for containing such. He was 65  tired and  ill so unwilling to be taken by Rome and given to fight lions in the great arena as his end. Today the ruins of his famous city spreads across the Sahara not one stone higher that was that case then. From Modern day Tunis one may walk around it as I have done in the 1980s.

We now go forward to look closely at Attila the Hun. A Germanic leader who had fought in the Dacia wars. Rome had sent in army after army to try control on the tribes. Even Julio Caesar  had fought back the threat with cruelty so bad it was of today war crimes against the peoples he burned slashed  raped and killed . Such was his victory. Even children had to be cut in pieces by sword. His attempt was to wipe out the tribes forever. 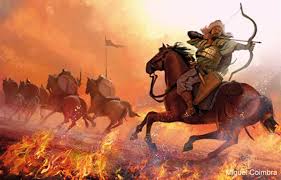 So when it came Attila was the stronger man. His resolve saw only the end of Roman power over them. To effect this he had little choice but to bring down the capital as to finish an ant nest scatters all inside that can escape or do it so well nothing can escape. In this mode and thought he spent time planning .  He knew that if he started war outside of Rome with small part of his massed armies to make it look as if Hell was at Romes front door he could slip in and smash it down with fire and sword kill all and move back behind Roman army and sandwich them between both parts of his army. it worked like clockwork so well that it ended with the total death of  an Empire that had, at its height, covered most of the known world.

So cutting to the chaise one asks one mystery and here it comes. Why is it said that Rome is the Eternal city? Surely that title must belong to London in England. It is but another Roman city but through 2500 years of its being it has always been populated . Rome ,

Vikings, Saxons, French and Hitler gave us hell but at no time  did it ever stopped that city from working.

Rome lay in ruins it was finished and further more for 500 years no one lived any place near it.

It can be seen today as when the road collapsed in 2001 below the modern city bus lane the ancient city could be seen. Today thanks to modern minds it is preserved for all to see where law was passed in the old world. The whole street is there in ruins.

How can it be the Eternal city if no one lives in it and ruins are all that remain. That is my mystery you see. London today is thriving as always she has throughout time

2 thoughts on “The Eternal City Mystery”