In the old Cathedral of Saint John the Baptist in the ancient northern city of Turin in Italy a cloth is stored that is said to be the shroud of Jesus the Christ. 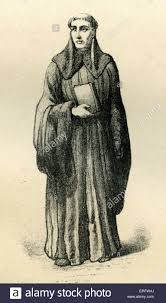 For centuries this so called shroud has been displayed by the Catholic Church and held up as Holy relic to the massive following. It used to be in Rome on display but it really came from France.

We now leave fantasy to enter real fact. in 1217 the Nights Templar had problems. Having built the church of Holy Sepulcur in the city wall of Jerusalem in 1130 they had no wish to leave so an artist was employed to make a real attempt to impress that Moslem owners of the city. Armies had long left and alone saving non Moslem visitors they needed proof that Jesus was real before Moslem would grant them leave to continue. I believe this was the moment that this shroud entered history.

Who could have been the brilliant artist employed is up for proof. I think it was painted in blood and oils by none other than a monk in search of maps to show roads from London to Jerusalem. In England the war of the Barons raged .The battle of Lincoln that date.For art historian and map maker Mathew Paris Monk of Saint Albans England it was easy work to make what Knights of Saint John said they needed to convince Moslem leaders Christ was real. Would a monk say no?

If this is so and to be honest i have come to see it as possible proof then this explains the reason it was made.

king John who gave us the great charter we call Magna Carta in 1215 had died and so Mathew Paris in 1217 had no employer .We know he made maps from Jerusalem to Rome and back to England to get away from war torn England.So he was perhaps the greatest living artist at that time and in Jerusalem in the care of Templars.

That is what we know and it adds up to that date. When the Shroud was radio carbon dated in 1988 by scientists from America and Britain it was found to be from plants grown in middle ages. A cloth bought in Middle East. Then in later years John Moores University lead by Matt Borrini and his team who lead the forensic expert tests on the Shroud  came to record that no way could it be on a man with stretched arms on a cross. Nothing added up to such. Even the rivulets of blood on the back of the cloth seemed fake. The blood had been poured from above not from open wounds.

Now we examine  Roman torture and find that the very first crucified man was in the centuries ahead at the Rome slaves revolt. The method up to then was public whipping. in City of Jerusalem they used the city walls to hang the victim by the neck but with loose arms and legs.in the hot sun he was killed by his own weight and died of shortage of breath. So conclusion is Paul lied so well it ran the world for 2000 years plus we all believed it as children along with father Christmas. 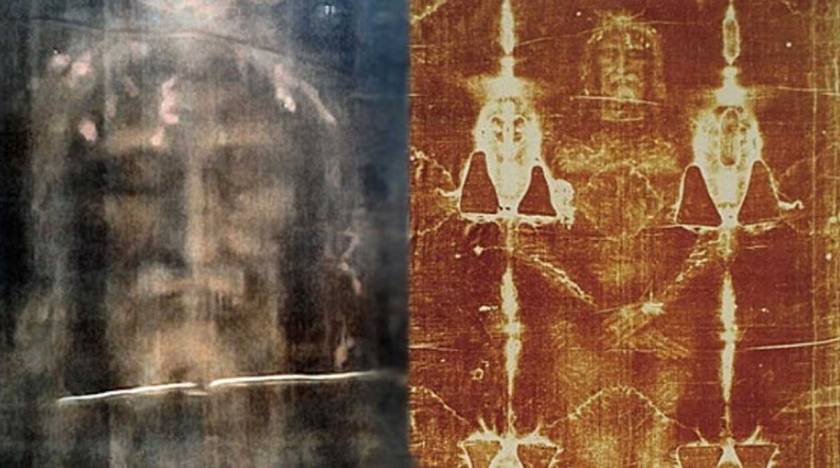 Close up photo of Shroud showing rivulets but this also shows the burn marks of the fire it was caught in.

The shroud of Turin is fake we know but the story behind it is not. oh! course many versions exist I can only give you facts and you can spend time making up your mind. Paul used Mithras information to create his church . A man much like Billy Graham in his preaching he converted millions to build his Vatican by nay means the best deal that they say is proof is here and with all humble advise check it all out yourself if you are a person who disagrees i understand I fear God and love him as creator of us all but any other cannot be God as only he exists and is with us all at any time and always.

Way back in time talk of a shroud bearing the image of Christs face went around the known world but no record of any group of people seeing it. When things went against the Knights Templar they invented a way to convince the Moslem rulers of Jerusalem with another piece  of cloth bearing not juts a face but a whole body.  Burn marks from the 1532 fire show as patches of dark that some say is blood. The cloth has been kept in Turin since 1578.  It is made of hand spun flax from around 1200.

Bernard de Clairvaux was one of the founder members of the poor Knights of saint John of Jerusalem that became the Knights Templar over time. They became more interested in memberships and banking than any belief in Christ. They had come to understand no historic truth lay in belief and so that shroud was sold on. it is how we have it today as if cloth could exist over 2000 years would be the real mystery. I know for many this is heresy but I am just an historian dealing in fact I give here facts that fit the case only.

Motive for the fake and how it may have been painted as negative are traits know to Paris in his day. we can believe only what can be proved not asked to accept blindly on faith alone as that means they have no proof viable. The Pope will of course ague as his job depends on faith but no historian can accept any of it without hard fact proof and their is none and never has been.  Sad , well! yes but bring me proof and reward will be yours. I am that certain. Religion  has nothing to do with God.

Daring all God be with us all.