Strange subject for a blog.You may be right but it fascinates the average mind. Time may not even exist, an invention of man, or real? Do we see the future in dreams. Are we blessed with ignorance  or do some really see beyond the screen that divides ,separates us from a time warp.

Time travelers may be just in movies but hey! wait up .Our Stephen Hawkins Professor at Oxford died recently but his last papers deal with the predatory race of Human history.  Yes, that means us. We need the food of earth and that includes other creatures. We live off them so that is  Hawkins heading.  He goes on to say that time travel will be the next step of mankind.  He believed that we have it now. 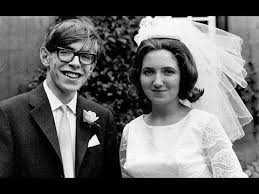 Doctor Hawkins and wife in his early days

So not so crazy maybe. I go on to say proof existed when a man in strange clothing was hit by a car in Central New York in 1938. He was taken to the hospital and on him found papers showing he was born in England Bristol in 2067.  Then his clothes had material unknown to anyone then. Closer look at the man showed he was around 35 with clear health up to death. He was laid out ready for morgue but when moments later the men arrived to take the body nothing remained on the slab. Then it was found his clothing had gone also. New York news took up the story but it was soon stopped by Government who said the man was a spy and had made up a new identity.

On a set belonging to the actor Charlie Chaplin  of movie fame during 1920s one can clearly see a women in the dress of the period talking on a mobile phone. Say what you think on YouTube, Woman from future seen on Charlie Chaplin film set

More things than we know go on around us as one man on a bus swore to  the BBC news that he had seen a man appear opposite him on the bus seats .Shocked he spoke and that man vanished with out trace. 1950s London man described as portly in a strange white buttoned up uniform?

On 20th of October 1966 a small 9 year old Welsh girl told her mother that in sort of dream she had seen a big black thing cover her school. That she was not worried about death as she will be able to see her family who died.  Her busy mother told her it was only a dream and gave her daughter a lollipop .Next morning little Eryl Mai Jones had walked to school and at 9.15 avast mountain side of coal waste had collapsed on top of her school and killed little visionary Eyrl and some 144 others, mainly school children, in the worse disaster ever recorded in modern times. it rocked not just Britain but most of the world. Man made mountain of slag and water a big black thing had sat on her school. Little Eryl  had foreseen her own death and told her mother it all. sixth sense we all have it in some form or other. 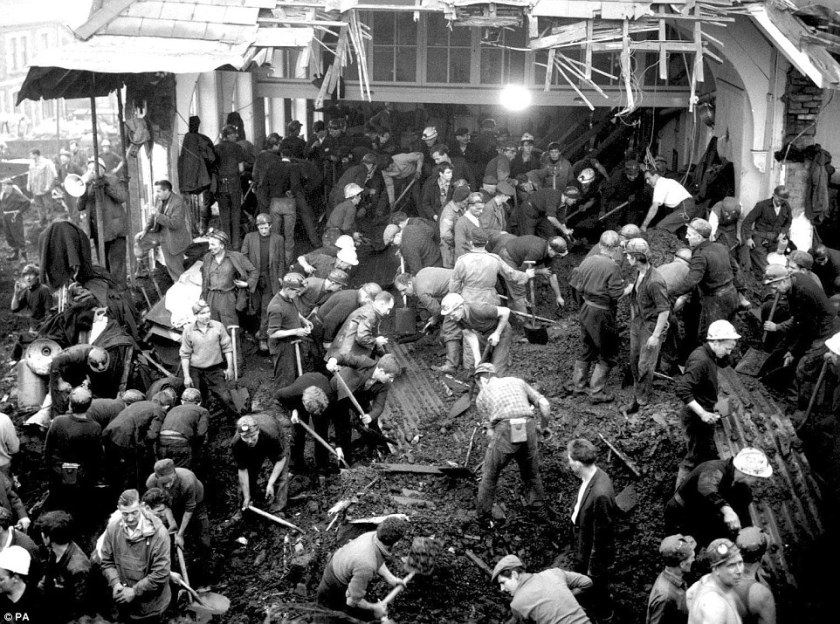 vessel he called SS.Titan had struck an iceberg and with only 20 life boats had sunk below the cold Atlantic ocean with all hands and some 3000 passengers on her way to New York.

In 1912 the writer one Morgan Robertson picked up his newspaper to read in his amazement that SS.Titanic had done exactly what he had written of before hand. his details almost exact in every way as the news he now read. The Titanic we all know off as a terrible loss to the world of people who mainly froze to death in the relentless seas of deadly cold. Men women and children owing in the main to the lack of life boats. just exactly the book Robertson had published. Had he seen it all in a dream. 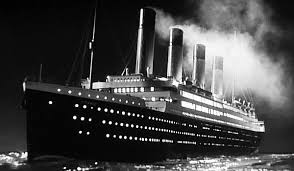 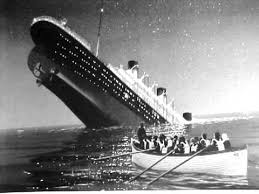 In a Scottish newspaper called the Dundee Courier and advertiser carried a story of a Prophet who had not paid his ticket on the train ride from  Inverness to Perth.

In Perth the man from Wales was Edward Pearson aged 43. He had told the judge he was unemployed and was on his way to see the Minister of the Environment  to warn him of a great earth quake that would hit full force on Glasgow in the very near future. Of course the court found this funny so did the millions of newspaper readers in that area.Then  just 3 weeks later they laughed no more as the worse earth quake ever to hit Britain brought  down buildings bridges and housing and people. 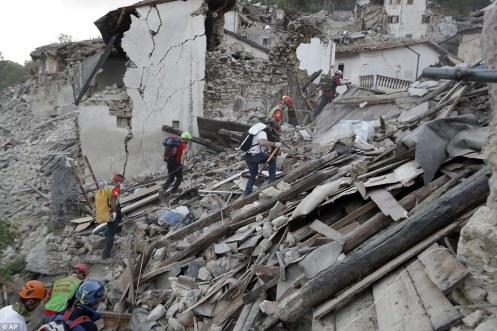 City of Glasgow Scotland UK during the worse ever know earthquake predicted weeks before.

Earth Quakes are as rare in Britain as hens back teeth but that said so are Prophets who can predict them.  The man Edward Pearson was never heard of again?

In 1959 my father dreamed of a horse race called the Grand National. He saw the winner cross the line and next morning told us at breakfast table who would win the race. Two days later the race was held and sure enough Dads horse, a rank outsider, had won. Merryman 2nd it was called.

My father never a gambler had not backed his own dream. My uncle had over the phone made a bet and won 2300 pounds on that dream as Merryman 2nd crossed the line from way back won the 1960 Grand National Race at Aintree Liverpool England. 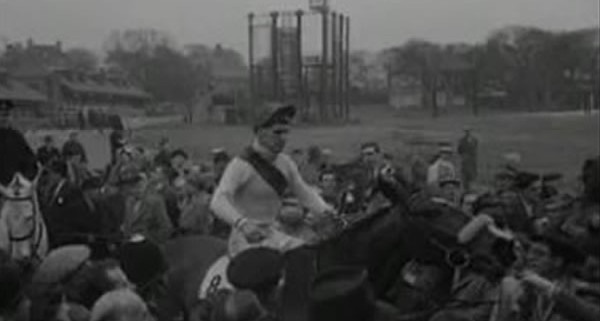 My fathers dream. Merryman the winner at Grand National race

The power of dreams we take as granted but not so with ESP but we all had it even if the secret is with us lost in time. Animals can do it but mankind have moved out of natural life into a plastic world of invention. Some still have Esp most have lost it. Then some also manage to see the future it seems. The only mystery is what is a dream really. What is sleep even. To die to sleep perchance to dream, as Prince Hamlet thought out loud when considering suicide. is sleep practice for death? I cant say but maybe we rest and relate.

The mind, our onboard computer, what can it store. How much does it hide from us? In London years ago I was with a girl I worked with and liked. A street musician played a Beatles song on guitar and mouth organ  Yesterday i think it was. My companion handed him two Bob (2 shillings) as hand out as he was that good. The guy took her wrist looked at her hand and smiled as he took the coin. You can play he told her.  She laughed .He waved his hands over her eyes and handed her his spare guitar. he stuck a cord Janet played as if she owned the stage and then woke up terrified. The man was gone in the commotion and we never found out how he did it. Janet had never picked up a musical instrument in her young life. It was her later who told me he put her to sleep as he waved his hands over her face. she woke up unsure with guitar in her hands.Pity all went pear shaped as if we had that time over I would have made sure that drifter told us all. who was he that is the question.

I myself have never been sure if we have a life or many. Indian friends of mine in uni years ago rich set they were too. Had a mystical way with them. They in turn could sit crossed legged on the floor for hours meditating. I have tried it but always mind comes flooding back. Like the man who stooped a Saint and the saint told him pray for 12 minutes think of nothing but of God. If you can manage that I will give you my donkey.  So the man on his knees started praying.Closed eyes tight lipped he went on but on the 7th minute he suddenly asked if that saddle came with the donkey.

Some can train the mind but others record events that happened even centuries ago .Did they life then and die and return to now.A natural blockage in the event to stop remembering but sometimes it shrinks as facts come through of last life lived.

Keeping an open mind to all facts is hard to do. we as humans say we do but in fact we all have walls of fact and reason to stop us seeing things we just cant process. it is those who train the brain that win. Science has  none of the answers and loads of questions. Yet it is all we have to deal with things.