The snow lay thickly on the driveway. The night, so cold. Her dreams only for he who really was her own now. Forever together they swore and caressed sweetly in the bright burning light of a wood fire in the grate. The room filled with shadows, candles holding the light on her young face, her coal back eyes flickering as he shot her dead. Then gasped and wrote to his friends. Six hours later  he pointed the barrel at his own face and so fell to his knees and joined the love of his life hand in hand somewhere in the air Perhaps in the gloom of that same bedroom on nights cold and full of snow the ghosts of both he and her may walk the corridors and room as if it never ended.

He was Crown Prince Rudolf of Austria she Baroness Maria Vetsera .He was 30 years old married unhappily to a Belgian Princess. She a 17 year old who had lived the life of a student in the best academies of Europe. He had met her at a race meeting in 1888 and could not take his eyes off her. It was noticed by all but she saw him and nothing would stop her marrying him there and then. She had fallen head over heels for this stately handsome man. It was love at first sight and no as some have pointed to as her capture of a married Royal. All the evidence piled up says just that .Some say she meet him at a ball in Vienna in 1886 but she would have been only a child and we know she was still in study to be a lady and not in Vienna at all.

Some say they courted in secret over three years but if this was some it would make her only 15 at that time. I believe it was over 3 months and when warned to control himself and return to his wifes bed this proud love sick young man could stand it no more he must have Maria he called by her English name of Mary. 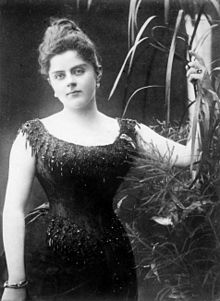 She too had been lectured to the point of heart beak and when in time they knew they would be split up by the Royal household and her father the Duke a wild desperate plan hatched between them. A romantic silly idea but too late it was firmly in their minds now. Slight waves of madness in his actions and she no longer normal , she was a girl in love for the first time.

He had bought a hunting lodge miles away in Hungary .It was called Mayerling and Rudolf loved it it was his escape from hounding and that awful demanding wife.

They arrived by horse slay as in the movie of this epic tale told. Candles they lit and a good fire to warm them. A little wine and he took her to bed for perhaps the first time. Some time in the late night they knew only love and live meant little .In their minds this was the only way open to them to be as one.  It was all over when the searching guard arrived next morning and found them together in front of the ashes of a dead fire that too lay dead. It was clear as to suicide but he was still a Crown Prince. So they wrapped her in a blanket and hurried buried her in a local grave yard without recognition.

He was carted back to his demented mother and a great state funeral proclaiming he had been murdered by Freemasons. No mention of the missing Baroness came to light. 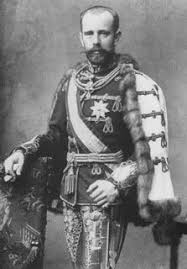 Rudolf often spoke of death to his  friends as no love was lost between his father who accused him of plotting against him to take the throne. One night drinking too much brandy he confessed he had had enough and wanted only peace and Mary.

I found that both lovers, had in fact, left suicide notes. She to her mother Helene and he to four people.The only one that matters was to his own Valet .”Dear Loschek please fetch a priest and have Mary and me buried together at Heiligenkreiz. ”

The corpse of Mary was cold and said she died 6 hours before Rudolf who was still almost warm when discovered. His face shattered so badly it took a surgeon many hours to rebuild the bone structure and fill the bits missing with hot wax. He was laid in State in an open casket so as the pistol fired in his mouth it went straight up behind the nose and into the brain breaking up all bone and tissue in its path.

Emperor Franz Joseph lost his only son and later Empress Elizabeth the boys mother. he remarried and went off to honeymoon in Sarejavo .He and his new wife were shot dead by a young terrorist. This was the start of the First World War. Also the end of power of the Austrian Empire. If only Rudolf had lived perhaps all this would have been avoided. But he was rebellious and checked so many times by his over powering father he was also trapped in a loveless marriage and with a slightly mad mother may be he too suffered madness. Many other theories exist as to what happened on that might 30th January 1889. None mention the suicide notes or why anyone would follow them to Mayerling hunting lodge near Vienna. Too far out in the wilds in snow storm and then wait in freezing cold 30cel  plus ,below. If they had been shot by some other power why shot one then 6 hours later shot Rudolf with his own pistol. The one about Bismark is the funniest yet as he is said to have wanted the Prince dead so the emperor had no one to take over and so Bismark would walk in and take over.  No too much evidence relates to this premeditated suicide I conclude when they disposed of the young Baroness like rag doll in a blanket and a fast hole dug and dumped we see how the story could be made to say Freemasons shot the Crown Prince. DNA on bones in a church yard near Mayerling , now a nunnery , proved to be the remains of poor Baroness Maria Vetsera.

I think he talked the young Mary into his plan and she so readily agreed. It is my hope they are both together in heaven as how could he have foreseen what transpired before it happened. If his father had not had his happy day in Bosnia all would have gone off without history of war. If blaming anyone , the idiot who shot both he and  his new wife as they sat in an open car back seat in full splendor he tried but that car shot off too fast as they sat in a coffee house that car came around and parked at front and one of the men raced out and committed cold blooded murder. He was the cause of 16 million mens lives fighting Prussia Empire in 1914.

Rudolfs mother suffered bad bouts of mental depression. She too died by a bullet but she was assassinated in Paris by a  revolutionist who saw her as a filthy rich aristocrat. She was a lovely woman bent on helping people. Her mental depressions may have been her sons let down also. To me if I was in his shoes and loved this woman I  would have shipped us both out to a new life in America .He had the money and a wife he could easily have left far behind. Instead he shot his lover and killed himself. This to me points more and more to madness in his mind. She in love an 17 years old would have agreed to anything as still impressionable as a child at that tender age almost a woman but not quite maybe.  Sad and morbid not at the least romantic in the end. Franz Joseph gave away the building to Carmalite Nuns soon after the death of his only son. Today it is a nunnery and one part a good eating house.

At least the movie told most of the story correctly as that in itself is not normal in script writers now. The only thing that I know was totally misleading was that we were told the this girl was so far beneath the Crown Prince that she was but a servant he shot. Omar Sharif played Rudolf convincingly and the guess of what went on before the deaths may well be as it was in reality. Catherine Deneuve  played  Mary in the 1968 epic movie.

From the Movie Mayerling 1968.

Thank you for reading hope now you know the truth.