I was sat watching television quite minding my own business when some chap piped up about racism and quoted this old pearl of childhood bliss.

Here do I place the record straight for all to enjoy.

Black sheep are rare creatures even today but in the time of King Edward Longshanks the great war leader and faithful husband to wife Eleanor , black sheep were even rarer.

Yet from Edwards time of 13th century London does this chant come from.

Edward needed cash flow to build Windsor Castle and gardens. His dear wife a business woman of wealth talked tax and Edward took her up on it. Wool tax was brought to the farmers and black wool was paid a slightly higher price so tax was more.

The poor people searched the walls for sheep wool to sell as sheep have a habit of itching themselves up against stone walls and fences. The Black wool sold well hence the peoples song became folk music to be sung at fairs in summertime. 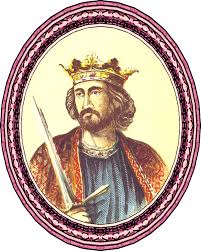 King Edward First as perhaps taken from the stone image of him.

It has nothing to do with racism nor sinister meanings unless tax is an issue of course.

Edward was in fact a good King and built a strongly defended England with scowling castles over shadowing the countryside. Not one to slow down he died on the march back from war with Scotland .On the sands on English side of the Solway river he fell ill and died among his army. They erected a massive stone stack on the place he left this life and its remains today near Port Carlisle, Cumbria now. His body brought back to London and entombed on 27th October 1307.  Westminster Abbey.

He never met William Wallace either. So most of that Movie Brave heart is wrong as that title belongs to Robert the Bruce. so much other nonsense to in that film . Showing the enemy your bum was a good target for the long bow then so it never happened.  If out of range of that lethal bow than too far by half for anyone to witness. The fact is Wallace dared not attack King Edward Longshakes army but his son Edward the weak was an easy war to fight .Ambush is not war but somehow this rabble is honoured in history as a Scottish win. Ambushing a rat is easy rather than stand and fight.  Songs about it last forever as Scotlands great victory over King Edwards army but it was not that great King but his puffy son in charge. Edward the second was a misfit a sad young fool of a man who may even have been homosexual.

Today we have breeds of sheep with black fleeces of rare farm breeds but wool is no longer profitable only for arts and craft weavers and such. Once wool is my bread was the crest above wool sheds and Kendal town hall in Cumbria England bore it as a badge. 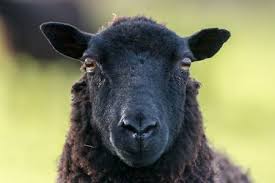 So ba ba Black sheep relates to  a period in history when back wool was premium and taxed as pure profit. For the poor country folk finding wool was income and many bed pillow were stuffed with what was left. The monks made candles from tallow from fleeces of wool.

I hope this shows you how our children songs began from what was topical at the time and are far older than we think.

Thank you for reading. Sir Kevin