Terry foxwell had one big dream in his life.Happily married with a child on 8 he was happy if hard working. His dream came to be one rainy afternoon in Plymouth Harbour Yard. He had stopped by on way to see a customer when out of the blue he saw it clear as day. A big sign read FOR SALE. A classic 2003 glass fiber and wood sailing boat . Without a moments delay Terry stopped and walked into the office of David Manning the owner of a boat yard.

After a haggle and a good sales talk Terry had bought the Mary Baker boat for cash at high discount. Manning had even signed the brokerage papers and bill of sale was safely inside Terrys inside pocket of his rain coat.

On he went to another booking to see a customer who was ready for the lawyers visit.  That evening after thinking all the drive home how to tell his wife, came right out with the news at dinner. Kate was stunned their daughter  Emma delighted . Desperate she phoned her school friends  with the story.

Kate was unsure as even with discount the deal had taken most of their savings. She had sailing experience which was more than her husbands six days at sea as child added up to. Still it was she agreed to go and view the vessel and all three drove back that weekend.

A small well balanced cabin and fore deck coastal  boat with three birth and a galley. One steel mast in good repair looked new in fact. The  wood was varnished professionally and she was more of  bargain than she had hoped. Terry was besides himself with joy and they hooked up the vessel trailer hitch to his SUV jeep and drove their new purchase home.

it was all planned to sail out to an island near the Dorset coast that  Terry knew well as Brownsea Island had been  youthful camp site as a scout in his youth.  Not that far around the coast they could test the boat out and enjoy a weekend away from home and work.   So it was that all came to be and armed with a hamper of food and dinner plates they took a suitcase of spare clothing and drove to the boat launch less than an hours drive from home.

It was fun being launched and happy to use the motor out of reach of land they raised the sail and almost at once it caught wind and filled so quickly with air the little vessel took flight and ran smoothly across the waves.  Emma cuddled her teddybear Mister Crumbles in fear and excitement at the power of the wind in the sail. They had rounded Portland Bill and at the Helm Kate headed for deeper sea to keep of the rocks  on the coastal route to Southampton.

Brownsea was near Bournemouth and she was headed nicely around the coast when suddenly water leaks sprang through the hold inside the engine bay water was filling up fast. The bilge pump could not cope and Terry fought with buckets but to no avail he cried to Kate to head to shore but so far out and rocks so large she did not have time before all sank below the rising waves. 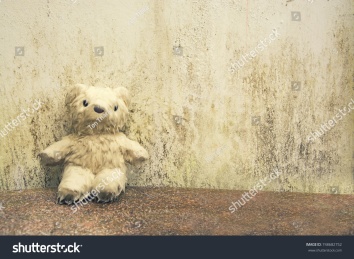 It was never to be but the coast guard searched until night fall and found only a cane hamper floating on the foam billowing  sands as the sea crashed against the rocky coast.

Divers went down next afternoon but nothing was found or reported. What must have happened the vessel hit the rocks and sank in the murky depths of the might seas.The inquest was on going.

Terry was sadly missed at work and a mock funeral for the family was held at Saint Marys Chapelgate near the Foxwell family home. Kates sister Amanda and Terrys parents and his office mates all stood in rows some in tears some closer ,never to hope again.

The inquest had taken only a week to build a case on the accident as investigators had discovered that Mannings brokerage had sold the Mary Baker boat that had come apart on delivery. Manning took it as defect and said it could be repaired. His man just filled in the cracks. The verdict of unlawful death was brought in and police arrested Manning. The family left but in the back seat was found by cleaners, a wet limp childs teddybear, dripping slowly onto the polished floor.