I  first became aware that these ancient tales go back really only to the early days of 1900. Yes it may be true that medieval story lines run through that pages of this said book but in essence what we come to read is the work of a coal mine owner wife who lived to be rich against all odds ,times and people and who died to be buried inside concreted and thick lead so none could disturb or dig them up. In Abergavenny a town in Monmouthside once England now owing to Government changes Wales. Here , just a few miles from the Welsh coal fields on the valleys a man decided to win no matter what .Cruel cheat who bought mines grew rich and paid out little to his workforce. Typical villain of a man indeed.  His wife who decided to write all she could of old tales which had in part been handed down by mouth from old to young in families over centuries . 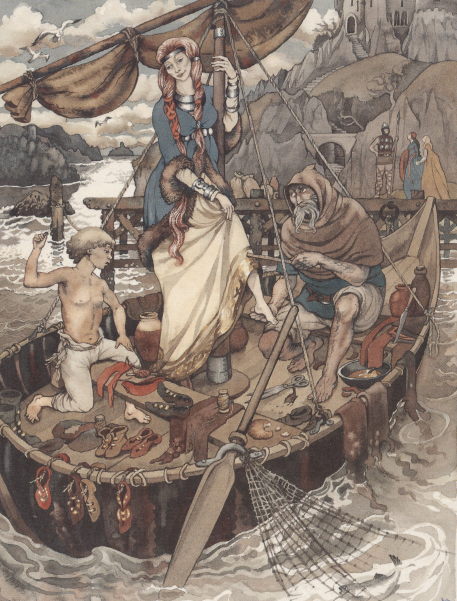 They say trained story tellers told the tales in centuries past before the advent of television. Tales of magic and four stories of peoples from all over Britain in Welsh legends. As Welsh was banned from being spoken or practiced over some 1000 years from Norman invasion to 1020s it died out .They say it survived underground behind bolted doors but no real proof exits. What is Welsh but ancient Briton and renewed bit by bit.Even the political side was placed in by Llloyd George and Sir Winston Churchill in 1912 as Lloyd George pretended to be Welsh inorder to get in a Parliament seat. He was in fact born in Cheshire England. Words added to Welsh was his passion. We look at Microwave in English but in Welsh is Ping Ping. Very short language dictionary but many Welsh will tell you different.

An Aristocratic lady from near London came to live in the town of Myther a valley head population of Welsh  miners .This was in Victorian times when a womans duties were to devote her time to looking after her husbands wishes. She became so occupied with ancient tales that she penned as much down as possible and gave us the Mabinogy as its called locally to that area. The Lady, Charlotte Bertie Guest,  was the writer or translator of 14th century tales The tales in eleven parts in four sections  bound in lovely golden details on brown leather hide. No qualifications did she have to attempt this only she was a daughter to an Earl who helped her be published. It is this book that all who know of the Mabinogion ever read.

The mystery is how historically correct are the facts we read. Being passed down by a few related families is hardly a good starting place for fact to to come to the top like so much cream in the milk.  What we have is names and places and wizards and flying horses and a story wrapped around some ancient Celtish Lords, with a Goddess of the winds.

Talk with the few who are devoted to this work and anger exits on anything said over authentic fact. So many different authors and who is who is a dream only.

I read as much as I could then placed the book back in my library uninterested having paid a lot of cash out to have it I found it well illustrated and lovely bound but stories and magic not my scene made me suspicious of fact that did it come down the ages in tact .Or is it more likely the mind of a Victorian lady in general?

I found that main character really a God named by Celtic warriors and reused in tales within the many pages of this book.  I doubt the tale had legs to travel so far as 1860s without some intervention to make it work. Celts were in themselves mysteriously silent on fact .We know they worked for Roman army in battles as crazed fighters scared of nothing and handy to have if you were Consort or General. Not much is known of these peoples in history yet they can leave us tales from the past?  I am a historian but can find no fact here. Are they tales unchanged word for word or meaning down the many 1000s of years from the days of Rome and Celts. I cant really say i think so but there we are another great mystery we have here.

Without finding the old manuscripts of these said stories one cannot swear that any go back that far in time as 2000 years if we are talking Celts.

just a topic that I researched some 40 years ago for winning a BBC radio cup for a poem.

6 thoughts on “The Mabinogion.”