It was summer in the gardens and both sisters ran to the lake to see the fish. But only Alice cam scuttling back alone. When asked by mother who was baking cakes in the kitchen, where her sister was that it became an alert. Down the garden at a pace ran mother and Mrs Potter from next door. The girl was found laying in the meadow  grass asleep. Panic over they took her home and that was that. Or so Mrs Olive James thought.

The James had bought the cottage in 1986 and then had twin girls on second year of Olives marriage to her learned Doctor husband Nolan James.

The cottage lay next to what was once the Great Hall now a farm house belonging to the Potters who had no children.Mrs Hillary Potter was now in her late 60s and her husband was too.

Olive had married Nolan after six years his nurse on the hospital ward 10 of the Middlesex Hospital London. They loved the cottage at first sight and the lovely gardens with access to a vast lake that had been the fish pond that had feed the Carp to the manor house. Nolan had built a fence when the babies could toddle in fear they could be danger with water and kids.

It was a normal family atmosphere and a normal sunny afternoon but Alice and Amanda whispered all the time together but when mother broke in silence was the story. Three

times that day until Olive put her foot down.

Alice begged Amanda to tell mother what she had seen at the lakeside. Amanda was livid and for a long time kept her own council. Olive tried hard to get the story out of her but only when Nolan arrived home did he draw the whole tale out of his girls.

It was a dull day over the other side of the lake but even so both girls had seen hooded men singing in line no faces to be seen. It was only Amanda that had seen the face in the water and it scared her. She had run fast away and slept in the flower filled long grass meadow.

When cross  questioned she had told on a young girl a bit older than her who was under the water but her face looked into Amanda face and it had smiled toothless and then dived down back into the blackness of the lake.

They had been so terrified so the Doctor gave they kindness and understanding and stopped his dear wife from asking more questions. They went to bed a little happier.

Nolan came back down father reading fairy tales to his children. Nothing more was said and both parents watched what happened next morning. After a good breakfast they did not wish to play in the garden even though the sun was warm outside. Olive played parlor games with them until afternoon. Then Amanda went out and vanished. Mother went searching for her but soon found her gazing into the black waters of the lake.

Time went bay as it will at want and no more was told. Some ten years both girls now training in medical school but only Alice was the problem as she had started a romance with a fellow student and her studies had suffered. As for Amanda she followed her father into medicine and qualified aged 25 as a surgeon.

It was a crash team case in 2011 that brought both sisters back together. Amanda the Surgeon and Alice the witness to the crash that killed both driver and front seat passenger. Able to save the back seat passengers both on shock but soon recovered after operations to insides. When police arrived and interviewed the living as to what went on it gave time for both sisters to talk.

Alice had run off and married her student lover who was a General Practice doctor on Surrey .She had had two children and had made contact with her parents only a day prior to this meeting.  She told her tale and watched her sisters face. It seems her husband was related to the Potters by marriage only . He had told her that they had a child called Norma who at age of 10 had drown in that lake and her body never found. Monks had come to pray for the girls soul and what they had seen was connected to what happened save for the face in the water that Amanda had witnessed.

in visions for years Amanda admitted having in her sleep.  Always the same thing .That face that haunted her had now a name. 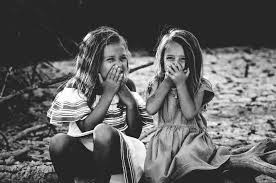 BBC television news 2nd May 2012. A lake gave up its dead after 60 years. Divers today drained alake that had once belonged to Fountains Abbey monks as fish ponds during 12th century. The bones of a young female thought to be from that time is now thought to be the missing Nora Potter that vanished in 1959. Doctor Amanda  James of Middlesex Hospital who did the first tests on the bones says it is the case that the girl had been caught in weeds at bottom of lake and  died with little fight but the weeds would around her for so long the Carp feed of her leaving clean bones.  The bones then went off to the lab. Amanda had no more visions and no more bad dreams but she knew beyond it all that she had seen her ghost that day as a child herself. 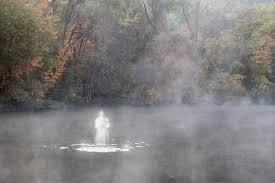 So another short story for you. I promise to start back on amazing mystery soon but I have been so busy with building my workshops that have not had time to justify research. Rather than let anyone down I made this up for you to read. It is my hope it will satisfy my readers. Variety being the spice of life ,one hopes

Thank you all for being with me if just for the time it takes to read.

Yours with best wishes Sir Kevin.

4 thoughts on “The light of knowledge”