The soft green eyes peered at the shop keeper. Her scent intoxicating. Her face chalk white but red her parted lips. A veiled silence as he drew back to the wall. His terror had begun that would not take long to vanish ,along with his soul.

The London street filled with police and newspaper hounds echoed a wild buzzing noise that rose to the roof tops. The windows and the slates even rattled as something evil was present; ever watching.

The copse of John Blakely was inserted into the waiting ambulance without ceremony.

” What killed him Doctor ?” enquired the lax Detective. 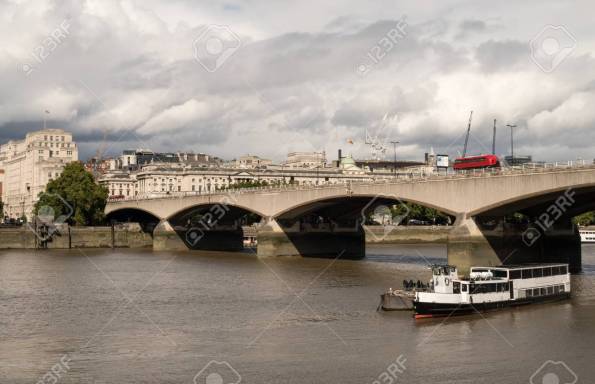 ” Hard to ascertain Sherlock. Seems something bit him in the juggler. Know more after I have him on my table. Say 3pm. Tatty bye for now dont fret yet. Always an answer.”

” Always calls you Sherlock sir is that his way of telling you he respects you ?”

“Who knows me old mucker. . Anyway he was bit in the neck by something. Remember that case last year of dead Inspector and his aide de campe who died in line of duty chasing a vampire?”

‘ Thought they ended up stabbed not bitten sir.?”

‘ Yes but the note book suggested the interview was with a dark young man with shadowy ways. Kept appearing out of no where.  May just have been this Valentine chap was shifty. Anyway we never ever traced him.”

” I think all that case was about one man called Valentine who killed the woman landlord and was interviewed by us only to murder coppers  and fade into the gray mists of legend like a tale of Edgar Alan Poes. ”

The thin wind whistled under the Waterloo bridge as the sun set over the scene. The cloak of night ,silky black folds of vapor, rose from the flowing water. Mirage like hardly seen by human eye the shape formed into a woman in a black flowing evening dress. Stood on the bridge her sparkling green eyes drew in the air like a vacuum bringing the victim to her side from the pavement below his feet.

“Right another one, holes in the neck. Who is he Cummings?”

” Wallet in his jacket gives him to be one Peter Gordon Finch or 452 Longbourn Avenue Brixham London sir.”

‘ Suited booted and on the bridge .Was he an office worker on his way home.What time did he die? Where is Doctor D?”

“Been and gone sir.He said his guess was around 7pm last night but-”

” Yes I know, he will know more after he carves him up.Any sign of attack.”

“No, none sir. Holes in his neck, Doc says he is drained of blood too.”

“How amazing, could have told me that first.”

Doctor James Dee looked deep into the depth of the holes in the skin. He found that sealed was the blood by some sort of liquid seal. As if an animal had killed him. He then thought it more likely a medical injection but no trace was in the skin and blood none existing so then stopped his investigation going ahead. He decided that the man had died at between 6.-7.12 pm and moved on to his next autopsy  with a puzzled mind.

The vapour drifted smoke like across the docklands as dawn broke two more bodies came to the case as Doctor Dee and the police stood over the sailor of Asian origin.

“So more holes in the neck Doc. Any idea what we are looking for as a  killer yet? ”

” Not a clue. Seems animal or reptile even as what ever drinks the blood seals off the body. Well! the holes anyway.”

‘Great so we are searching for a snake as our killer then Doc?”

“Keep your hair on It may even be clearer after I cut him up. Maybe call me at 5pm ish May have more to tell you then. ”

The other body seen that morning was a boy aged around 14. Clearly an accident but again holes in the throat gave the game away. The swift River Thames ran bold and noise was its temper hitting and splashing against the Tower gate. Inside a man deep down in the cells knew well the green eyed beauty as he was the only one who had ever escaped her fangs. Shaking at the news she had returned he entered the police station in a large Arab towel around his head and an overcoat twice around him over sized. He spoke in whispers to the desk and soon had the Detective at his side.

‘Fancy dress is it sir?”

No. Certainly not. I can tell you who she is who kills so many but lock me in your cell now for my own protection..”

” She is the devils daughter and a vampire .She haunts me still but she failed to kill me and so avoided death by inches. ”

” I see .A vampire . They dont exist sir so Ill lock you up if you wish as a raving nut case if you like.”

‘ Call me what ever you will officer but lock me up and never leave me alone. I will show you who you are looking for but. Lock me where she cant get to me first. ”

He smiled but did as was asked to secure a name ,if indeed the man was not the idiot that he thought . He was now sat in a cell unwrapping the towel.

‘ Never switch that light off officer. Now listen to me. 12 months back I was a window cleaner in Brick Lane working. I heard a scream and blow me down there she was . Never saw me up the ladder see. No she had her arm around a woman and I ,true as im here, bit her in the neck. For some moments locked together they stood below me.Then the woman slipped to the floor like a dress of her shoulders and the offender looked up at me. Sent chills right down me see. I must have fainted and fell off me perch but last thing I recall was seeing her fly right level to me. Anyway one of your lot arrived as the screams had alerted the area. He must have seen what was happening as I came to earth.Seems many came to help me who knew me as a window cleaner. Anyway here I was in a hospital bed with only concussion. I read it in that evening news. Woman died by accident in Brick Lane flats. Not right at all but I hear that same copper who helped me died just a moment later. Seems he too met Lady Green eyes ,face to face.”

2 thoughts on “The blackness. part two.Eternal”